Here are a few links to pedagogical resources about our free games:

Players take price and quantity decisions for an airline on a given route against a robot competitor. Illustrates notions such as marginal cost/average cost, variable cost/fixed cost, sunk cost, short-run/long-run cost, price discrimination (yield management), elasticity of demand, peak-load pricing… And eventually, players must choose whether or not to use vertical differentiation to soften competition.

The 5 market games can be played on their own or one after the other. They are useful to introduce microeconomics notions such as sunk costs, fixed avoidale costs, marginal vs average costs, marginal revenue, monopoly and oligopoly, capacity constraints, the logic behind competition and the prisoner’s dilemma, collusion, cost pass-through, opportunity costs, short-run and long-run costs, capacity constraints, price competition and quantity precommitment… The last game also introduces simple environmental policies.

For a project to succeed, a particularly painful task must be undertaken by at least one member of a team. Team members simultaneously choose whether or not to undertake the task. If players behave according to the symetric mixed-strategy nash equilibrium of the game, the more players in the team, the less often the project succeeds.

One page explaining the structure of this game and possible theoretical debriefings.

A repeated Asymetric Zero-Sum Game which is good introduction to Mixed Strategy Nash Equilibria (this game often captures students’ attention, since while it may seem quite fair, it is in fact highly biased).

One page explaining the structure of this game and possible theoretical debriefings.

How to use the site

To subscribe to our newsletter (2 emails per year): http://eepurl.com/bYzquH

Economics Games · Thursday, May 21st, 2020 at 1:23pm
@EconomicsGames
.. And here are the scores of the final https://t.co/eI6RDajrvG
View on Twitter 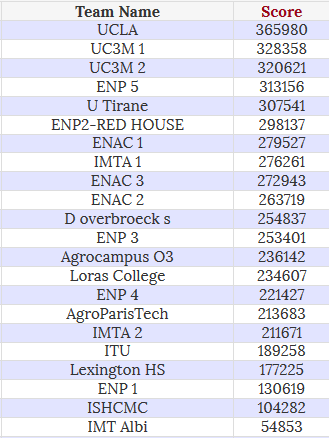 Economics Games · Thursday, May 21st, 2020 at 1:09pm
@EconomicsGames
The final of the economics tournament is now closed.
And the winner is @UCLA ! Congratulations!
View on Twitter
0
0

In reply toMax Roser
@MaxCRoser Could it be because of the effect of a new treatment? (reduced mortality or delayed death)
View on Twitter
0
0

Economics Games · Friday, March 13th, 2020 at 8:59am
@EconomicsGames
1/2 During the Coronavirus Emergency (and until end of July), we are making 2 of our simulations available for free ( https://t.co/DICDr2EYLC and https://t.co/cr8VnyJ84n). Both are suitable for teaching IO and microeconomics.
Your students can either ... #econed #teachecon
View on Twitter
3
3

Economics Games · Monday, January 27th, 2020 at 11:18am
@EconomicsGames
The tournament is now open, participants should have received their logins!
New teams can join until April the 2nd, 2020.
Good luck to all! https://t.co/iJnKB0ufGc
View on Twitter 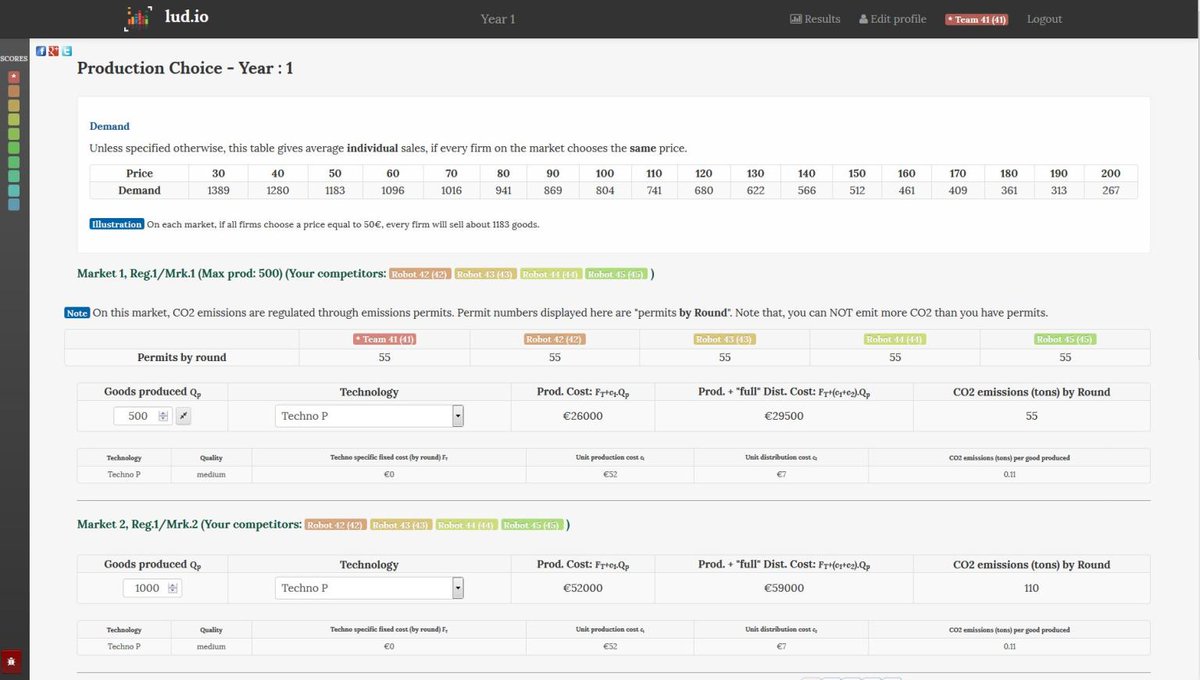 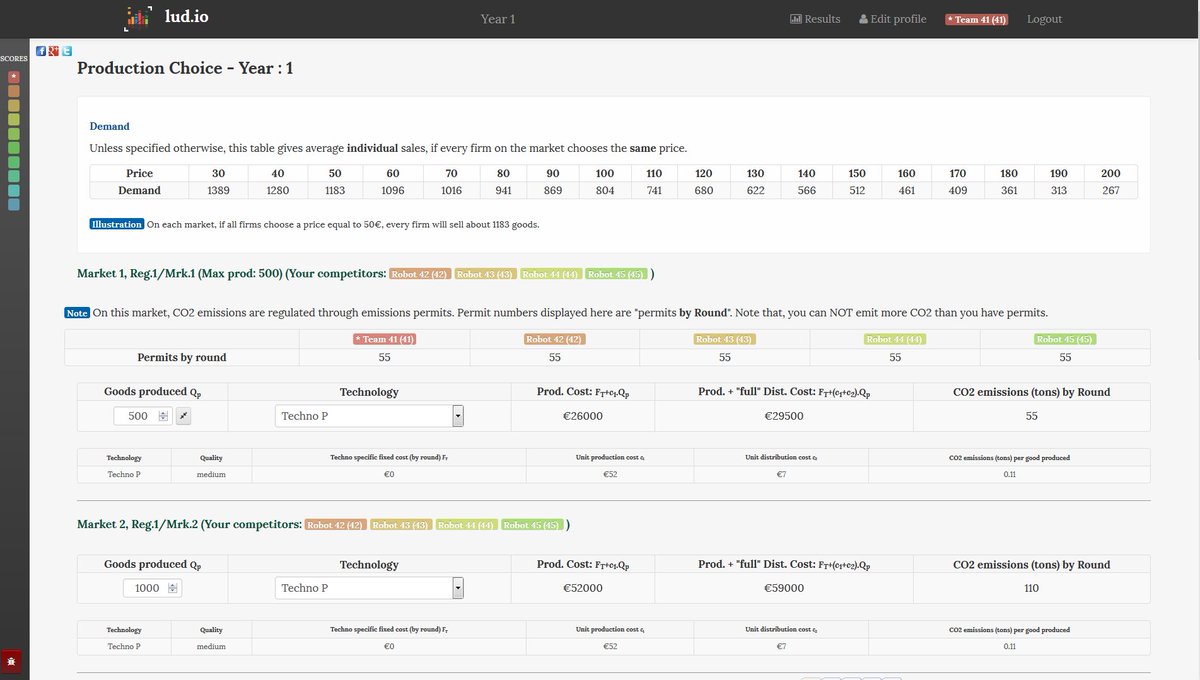 In reply toAlicia Plemmons
@Alicia_Plemmons Hi Alicia... We may organize an inter-university tournament game again this year ( https://t.co/YnNU84KFKi). And maybe this time we will be able to allow several teams per university. Students usually find this fun (and challenging). This will be confirmed in the next weeks.
View on Twitter
0
1

In reply toJess Hoel
@Jess_Hoel Thanks for your suggestion of a multi-round dictator game with varying price, that's interesting. Ideally, how would you design the experiment?
View on Twitter
0
1

In reply toJess Hoel
@Jess_Hoel So, if you require to "block after round x", participants will not be able to advance after round x, until you remove the block (i.e. set another block).
View on Twitter
0
1

In reply toJess Hoel
@Jess_Hoel hi @Jess_Hoel. By default, if you do not use "blocks", participants can keep playing as soon as their partner has played. So some of them can be in round 4 while others are still in round 2.
View on Twitter
0
1 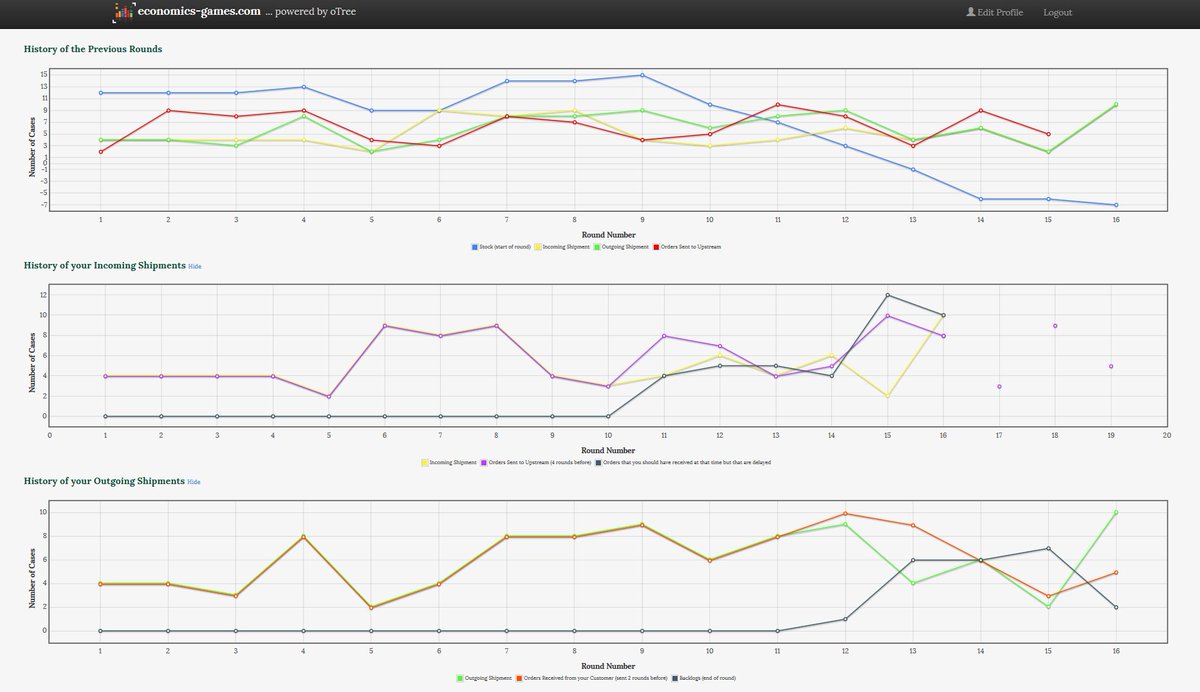 Economics Games · Saturday, December 1st, 2018 at 5:08pm
@EconomicsGames
The final of the economics tournament is now closed.
Team #3 is @HEC_Montreal, #2 is @AmherstCollege (/87 teams). And the winner is @eotvos_uni ! Congratulations!
View on Twitter
1
1